Loving Life in the NorthWest

This blog is dedicated to around the home type photos. Nothing in particular, but just something to keep family and friends updated with my exciting life... Watch me live in the NW Coast of Tasmania and watch what happens around the traps here... Nothing seriously exciting, just nice clean living I suppose lol!

What is the time?

Other blogs I am involved with

Nothing irritates me more than dumb people, women in this case, both smoking in the back seat of a car and throwing out cigarette buts. In Tasmania I have the litter-report form in the glove box... Lucky my mother in Canberra doesn't have one handy. This image was taken 20 October 17:37hrs. on Hindmarsh Drive at the Athlon drive lights. Call me pedantic, but at least I didn't report them...

Posted by Walter at 5:20 pm No comments: 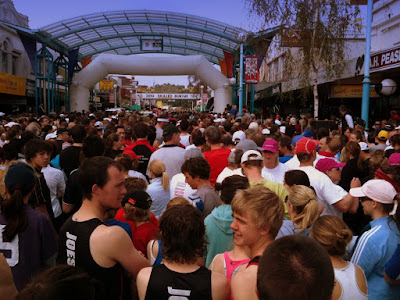 Wow, did it. Ran the Burnie Ten. Was mostly a very slow 10km jog and brisk walk and good coughing! Took Ventolin with me and had a few puffs on it during the run.I had started antibiotics again a few days before as I got sick. Two weeks without antibiotics and I am done for. Hope the antibiotics keep working for me as I really need them obviously!

I ran the Burnie Ten 10kms in 1hour and 25 minutes or so, whereas last year I got 1hour 10minutes. The difference was perhaps that I was a bit healthier perhaps, but also because i took half a Viagra which boosts your system (and gets you over the line 1/2 an inch quicker). Next year i will do the Viagra again. For the Mount Kinabalu mountain trip Viagra didn't do much in my opinion as the event was more than a few hours. Viagra will only last so long (sorry ladies). Anyways, glad The Burnie Ten is over and done with. Was a fun event, loved every minute of it.

One friendly lady on the run asked me if i had Ventolin in response to my coughing fits. When I said yes she next asked me if i had taken some! People are pretty concerned about us coughers en-route. Hamburglar, a fit and young hasher ran with me for the most part of the run. I told her, 'see we are still passing people' as we slowly jogged past a few walkers. Then I would stop and cough and 50 walkers would pass me again before I break into a gentle jog again. I turn to her again and say 'see we are still passing people', and I could see her thinking 'yes the same once we passed three times already'... At the 5.5km mark some Hashers appeared out of the bushes to give me small beer. That was the only brief stop I had I think.

PS. In the official results it said I took 1:26 but failed to deduct the 2 minutes it took to get to the starting line. This is an electronic system, and the results for everyone shows the time across the finish line as well as the adjusted time. For some reason both of mine are the same (indicating I started right up front). I started the run with Jess McDonald whose tie was adjusted 2 minutes, so I am pretty sure my actual time was 1:24. Yeah!

Wow, got a mention in the top 120 most inpirational coasters!

Hopefully the next bike ride adventure will inspire more people with disabilities to go out and take some unnecessary risks!! It's all very nice till someone gets seriously hurt, than it become hilarious...

www.coughing4cf.com for the whole story!

Posted by Walter at 2:26 pm No comments: